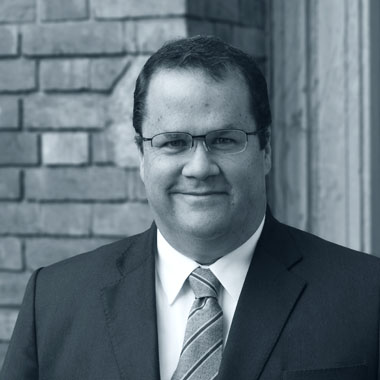 Carlos obtained a B.S.E. in Biomedical and Mechanical Engineering from Duke University in 1990. Later he went on to law school at Chicago-Kent College of Law, where he obtained his J.D. in 1993. He subsequently validated his law degree at the Pontificia Universidad Javeriana (Bogota, Colombia) in 1994. Carlos joined a well-known international law firm from 1993 to 2003, after which he began his own practice as co-founder of OlarteMoure.

His professional practice focuses on patent prosecution, litigation, discovery and related counsel, including strategic planning for the protection and value assessment of new technologies. A good portion of his practice focuses on the pharmaceutical and life sciences industry, including participating in the development of start-up projects for new product launches. Another important client base includes local universities and research-intensive industries. Matters handled by Carlos have included seminal cases put before the Colombian high courts and the Andean Court of Justice, including compulsory licensing projects. He also has extensive experience on issues relating to data exclusivity for the pharmaceutical and agrochemical industry. The combination of his technical and legal expertise clearly distinguishes Carlos from most other patent practitioners in Colombia and Latin America.

Between 1997 and 2018, he was an Adjunct Professor of Law at the Universidad Externado de Colombia (Patent Law). Carlos is an active pro bono participant in the WIPO Inventor Assistance Program (IAP). Carlos was a frequent advisor to private and public entities and was an IP expert before the FTA negotiations between the United States and the Andean Countries. Carlos is also a member of IPO, AIPF (Board), ACPI, ASIPI and AIPPI.