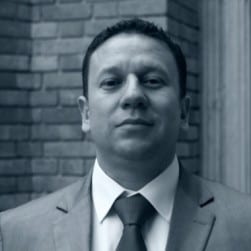 Camilo obtained his law tittle from Manuela Beltran University (Bogota, Colombia) in 2011, with intensification in Penal matters, participating in an active way in the “Innocence Project” program which is based on the liberation of people who were unfairly condemned.

He has worked in the Regulatory Affairs area in Baker McKenzie. Subsequently he worked independently in Intellectual Property affairs, and also in Anti-falsification and Anti-piracy cases. Camilo was part of the litigation area of OlarteMoure from 2004 to 2010, managing the portfolio of organizations who fight against piracy and falsification. He did his professional practices in the Sala Penal del Tribunal Superior de Bogota, in 2014 he returned as associate lawyer to reinforce the capacity of litigation in our offices of Medellin and Barranquilla. Currently he is our Anti-falsification and Anti- piracy coordinator.