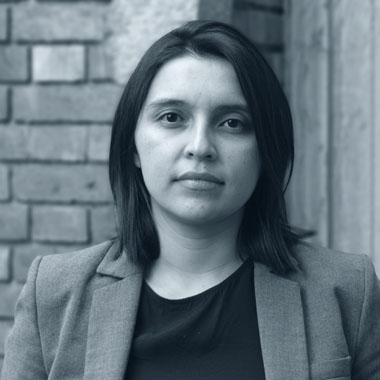 Monica received her Pharmaceutical Chemist degree from the National University in Colombia in 2010 and her Law degree from the same University in 2020. Additionally, Monica has attended two patent-related courses related to her internship in patents: In 2012 she completed the Patents in Biotechnology course at the Universidad Austral de Buenos Aires, Argentina, and, in 2016, she attended the IP Summer Academy – Patent Prosecution and Litigation in the US – provided by the MintzLevin firm in Boston. Since joining OlarteMoure in 2009, her practice has focused on patent prosecution with an emphasis in the pharmaceutical and biotechnological sectors in South America, Central America, the U.S, Europe and others. She also participates in administrative litigation of patent applications, and has drafted several patent applications that she later prosecuted in other jurisdictions. Her responsibilities as Patent Quality Coordinator include continuously mentoring the technical-legal team of the Area, and making sure that our advice to clients meets the highest standards.