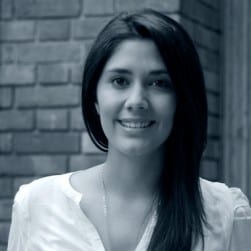 She received her law degree from Universidad de los Andes in 2011 (Bogota, Colombia), and her postgraduate degree in Commercial Law from the same University in 2013.

She started her career doing a practice in the Colombian Copyright Office, and as a Law Clerk in OlarteMoure, and then she became an associate in the firm until December 2013, when she started to work as a Corporative Legal Chief in ORGANIZACION TERPEL S.A.

In 2015 she returned to the firm as the Litigation Coordinator for Patents and PBR.