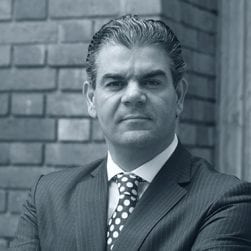 He worked in the public sector at the Banking Superintendence and the Superintendence for Industry and Trade. In the latter, he directed the Delegature for the Promotion of Competition, charged with enforcing antitrust norms and the clearance of mergers. He was also the Deputy Superintendent for Industrial Property and as such administered the Colombian Industrial Property System for more than 4 years. He participated in the government negotiations that led to the issuance of Andean Community Decision 486 (the current IP law in Colombia) and its local implementation in Colombia.

Additionally, he participated as a negotiator in the FTAA talks and as a consultant for the Colombian government in its negotiations before the WTO and WIPO in industrial property issues. He also participated in the legal defense on behalf of the government in important IP cases before the Andean Court of Justice and the Colombian Council of State.

He is a professor and speaker on issues of IP and Competition Law. He is a member of INTA, ASIPI and ACPI, and is currently a member of the Board of Directors of the latter.