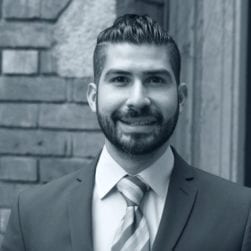 Andrés Felipe is an Electronic Engineer from the Universidad Pontificia Bolivariana (2011) and a specialist in Project Management from the EAFIT University (2016). He is currently working as a Technical Associate in the patent area of the company OlarteMoure & Asociados.

Andrés Felipe worked as Head R & D & Innovation of LUMES S.A.S. of Medellín in which he prepared documentation, and development of hardware and firmware for a new data architecture for the measurement system in biosafety cabinets. He worked as an Electronic Engineer for LUMES S.A.S. and the Lasallista University Corporation in Medellín, where he developed a prototype of a portable cooler with Peltier thermoelectric elements for transporting food and medicines. He worked as Electronic Engineer in the company Linqueate S.A.S. in Medellín, where he developed the hardware and architecture of a security and tracking system with Bluetooth and GSM / GPRS wireless communications technologies for use in cargo or passenger vehicles.

He worked as a support and development engineer for the company Smartchip S.A.S. in Medellín in the migration of the Spectra CREON and Spectra T800 dataphones firmware to be used in a micro-payment system using smart cards. He worked as an Electronic Engineer in the company Control Sistematizado S.A. in Medellín developing electronic cards for gas measurement in controlled environment chambers and the communications system of a wireless sensor network (WSN) under the Zigbee wireless communication standard.