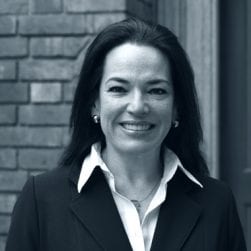 She worked from 1999 until 2003 as an associate with the IP department of Baker & McKenzie Bogota. She was cofounder of OlarteMoure (formerly “Olarte Raisbeck & Frieri”) from which she retired in December 2007 to engage in independent professional practice. From March 2013 to June 2015 she was the legal director of the Association of Pharmaceutical Research and Development Laboratories-AFIDRO, where she led the committees responsible for updating the AFIDRO 2015 Code of Ethics and the analysis of the Colombian regulation on biosimilars. In December 2016 she returned to OlarteMoure as Of Counsel. Her areas of greatest expertise are related to the agrochemical, biotechnology and pharmaceutical industries, especially advice and litigation on data protection, confidentiality, protection and custody of confidential information, ethics and compliance, regulatory affairs, protection and defense of Plant Breeder´s Rights.

She has been a guest professor at the University “Autónoma de México- UNAM”, the University of Concepción in Chile, and the Universities of Los Andes, Javeriana and Manuela Beltran in Bogotá. She participated in the panel of experts of the Global Biotechnology Forum hosted by the United Nations Development Program (UNIDO) (Brasilia- July 2003). She is a renowned lecturer on industrial property matters.