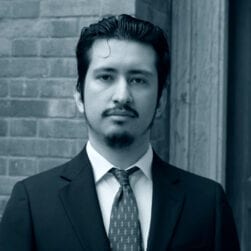 From 2009 to 2011, he worked as an intern in the Colombian Center for Genomics and Bioinformatics of Extreme Environments – GEBIX. In 2013, he joined the Bioprocesses and Bioprospection research group of the Biotechnology Institute of the National University of Colombia (IBUN) as an associate researcher, working in projects directed to the sustainable use of microbial biodiversity and the development of the Colombian biotechnology industry.  Since October 2019, he works as part of OlarteMoure’s team as a Technical Associate in the Patents Division.